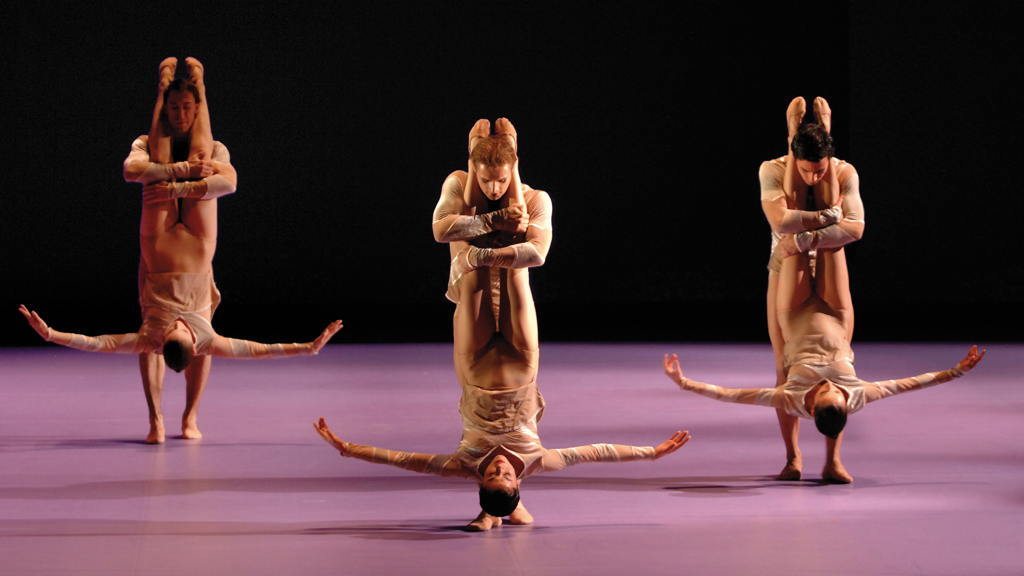 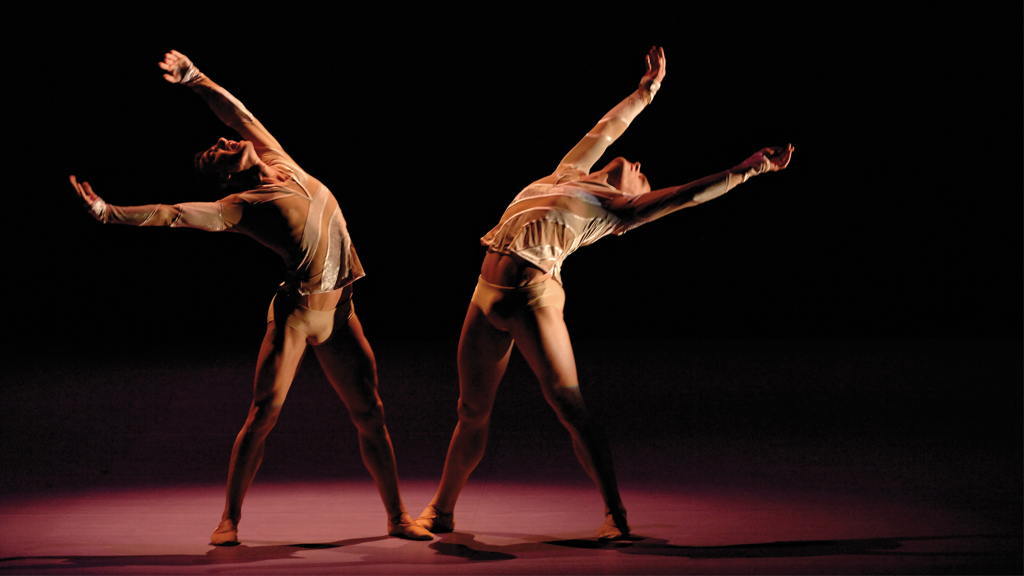 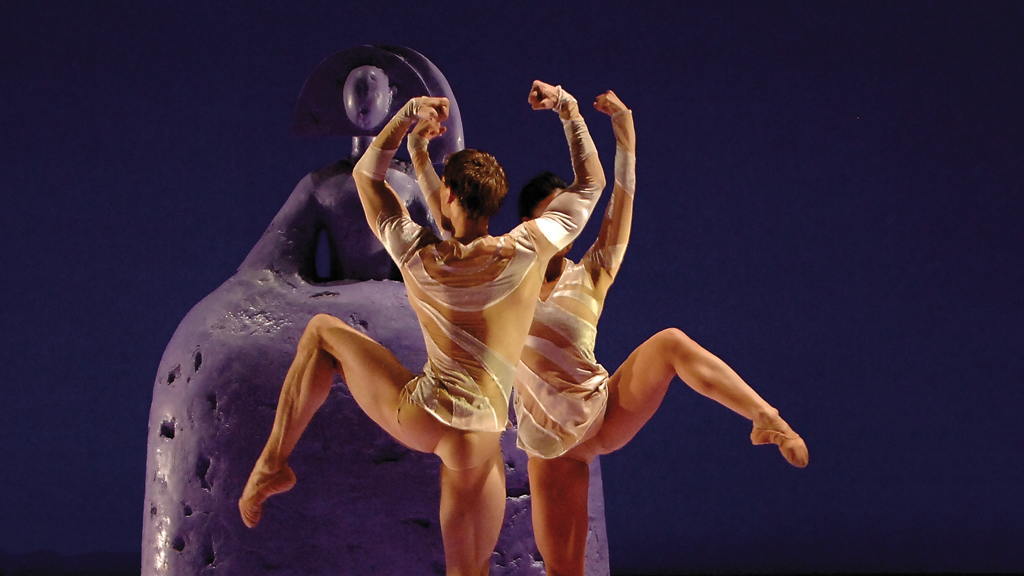 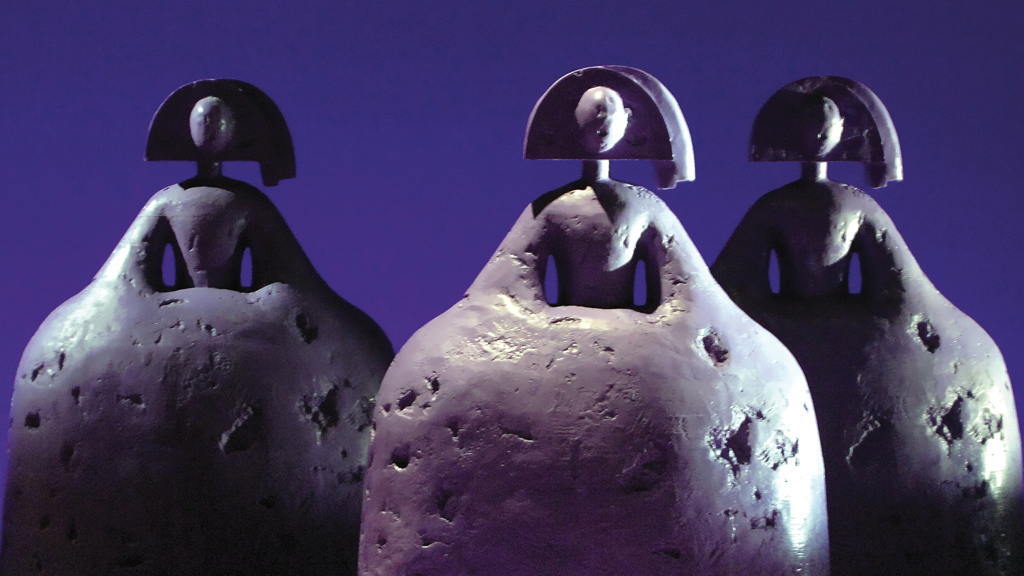 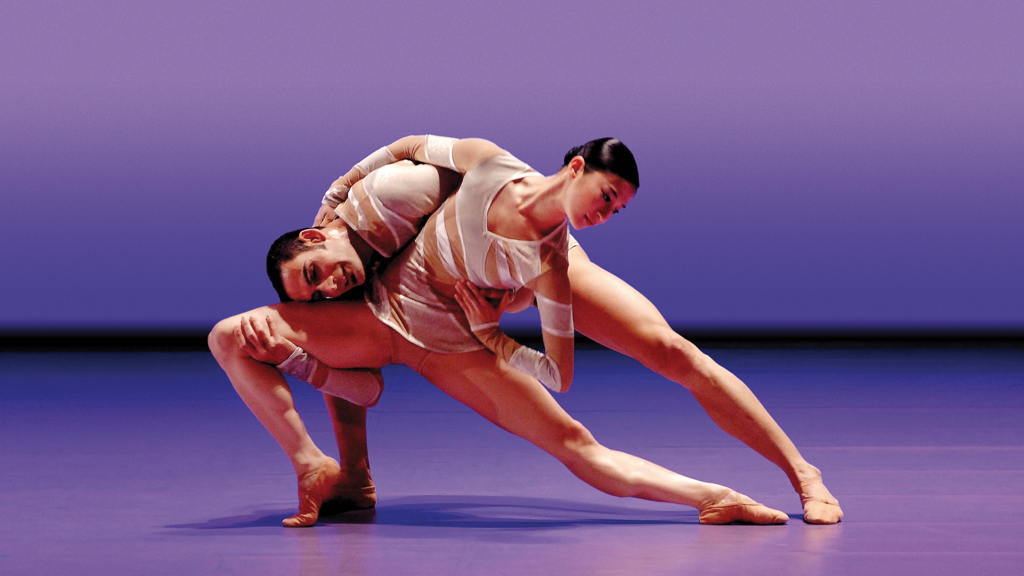 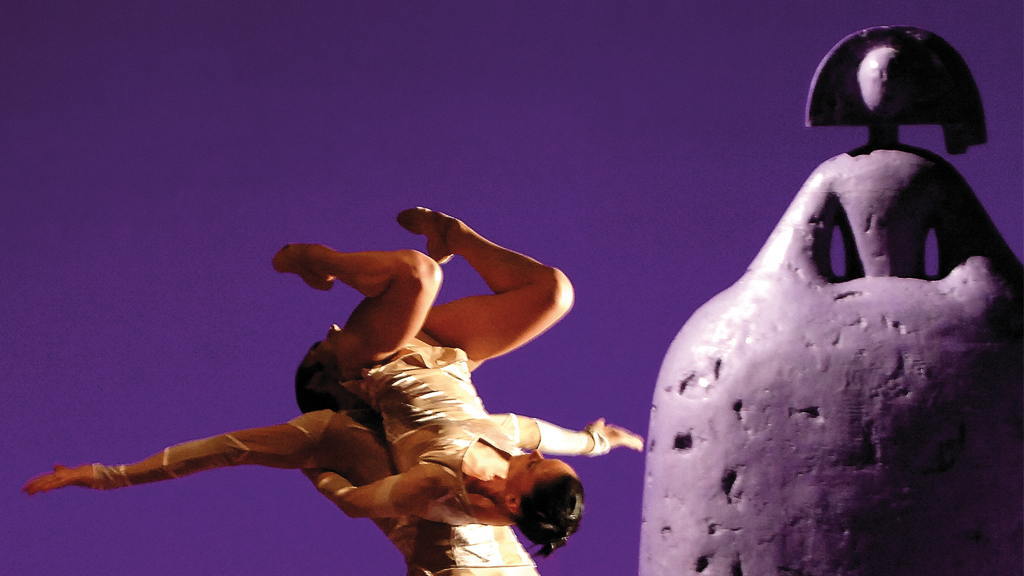 Le Portrait de l’infante does not seek to portray Velázquez’ Las Meninas, nor does it examine the subtleties of meaning of the painting. But it assimilates certain elements of the painting and of other subjects painted by Velázquez in order to extend them in choreographic actions. Thus, a deformed dwarf believing himself a beautiful knight, dies of a broken heart, when inadvertently a mirror reveals to him his real nature. Le Châtiment d’Arachné, a mythological episode that presents a spinner transformed into a spider after having defied the goddess Athena, is the subject of a vairation on the Habanera from the Rapsodie espagnole. Velázquez’ realism is equally manifest in the paonting of dogs and horses ; their evocation will be the object of other fantasies. Lastly, similary to Manolo Valdés, who convertef the form of the Meninas into a poetic theme, the ballet mixes facts and fiction and moves away from its model to create the Portrait de l’infante, a portrait whitout a face. Manolo Valdés narrates that a collector one day recognized himsel in a painting that « had no eyes, no moustache, no face, nothing. »
Thierry Malandain

duration of the entire ballet 35’
ballet for 16 dancers

« The dancers are excellent and the intelligent choreography perfectly weaves a union between contemporary art and the historical patrimony. Well thought out, the presentation illustrates the neoclassical style of Thierry Malandain. »

La Croix, Sophie Lesort, 8th April 2008
« Le Portrait de l’Infante is a splendid work ; starting with a potpourri of captivating works by Ravel, the intoxicating dance of the dancers covered in gold and flesh colours. Malandain’s choreography is, as usual, very lively, extremely well defined in space and sensual in his style. Following the change of moods in the music, going from languorous to insidious to frankly epic, it might be judged an impertinent hodgepodge, half finished, which gently makes fun of the frigid infantes. Unless those movements translate the dreams and secret torments bubbling behind the imperturbable dignity of their faces. In either case, it is a successful combination of physical plasticy and musical energies.»

Dance Europe, François Fargue, June 2008
« As always, in Malandain’s case, the music is the source which animates the dance […] He has presented a literal version xhere one can experience his quest for formal perfection in a dance strongly influenced by clasical language, even though it knows how to be free of it. A choreography made with aesthetic refinement and expressiveness without exuberance. One will remember, in particular, the very beautiful ensemble movements in which the dancers evoke a sumptuous equestrian parade, and also the beautiful mirrored duo of Frederik Deberdt and Arnaud Mahouy, in the death of the dwarf. »

Luxembourg Wort, Marie-Laure Rolland, March 2008
« Classical and moderne styles meet in the perfect duos, which are a confrontation of the academism of a Velázquez and the insolence of a Mats Ek.»

Evène, Mathieu Laviolette-Slanka, May 2008
« This choreographic composition forms a kind of inspired reverie of the characters called the Ménines, a reverie which would be that of the infante of that of Velázquez, with evocations of dwarves, dogs, horses, hidalgos, and ladies of the court. The body language, light and lively, rather graphic, plays with classical steps, but also creates astonishing and original forms that sometime flirt the grotesque to better serve the idea. It is all very elegant, well executed by the greatly talented dancers. »

Le Soleil, Alexandra Liva, 15th October 2008
« In Le Portrait de l’infante, three enourmous sculptures wearing puffed up skirts, proper of the 18th Century, turn narrow-mindedness into a metaphor. The choreography pushes them about continually, thus creating, with minimum effort, a counterpoint to the inertia of the times. To the music of Maurice Ravel, Malandain presents figures of an accomplished beauty and force of expression. He also creates, with the corps of ballet largely open in space, an image contrary to the formal rigor of the classical ballets. »

Kölnische Runschau, October 2008
« Malandain’s choreography and his formidable dancers, developed dynamic figures that produce an effect on the spectator with so suggestive a force that tensions rise, almost breathtaking, jus tat the moment when, after the final strains of the emotional Féria during which the Ménines of Velázquez salute death, people can finally applaud. That first part, which whithout a doubt demands a lot of energy, doesn’t seem to faze the six dancers. Because after the pause, one could again find their expressiveness, their precision, and their sensual expression. »