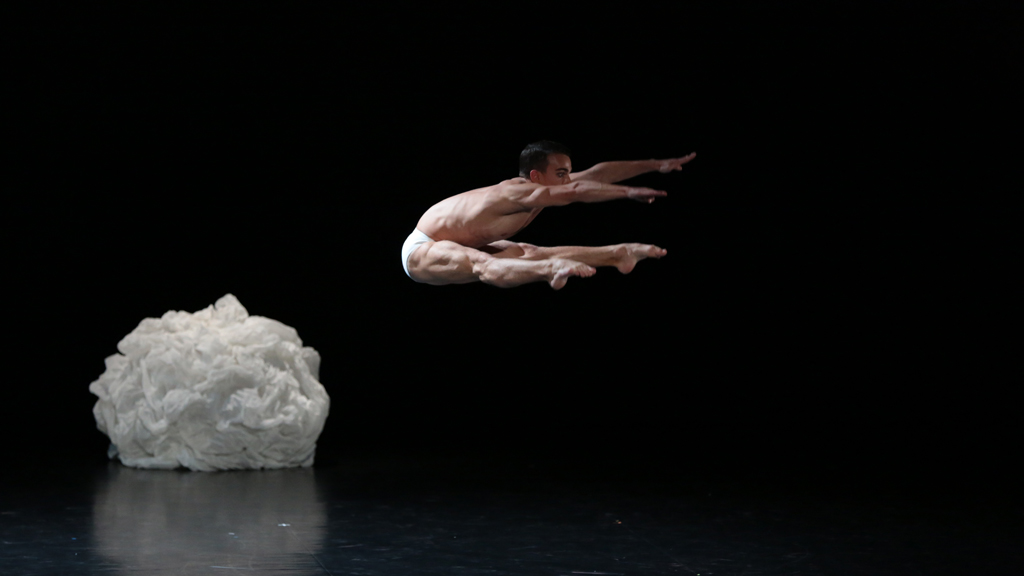 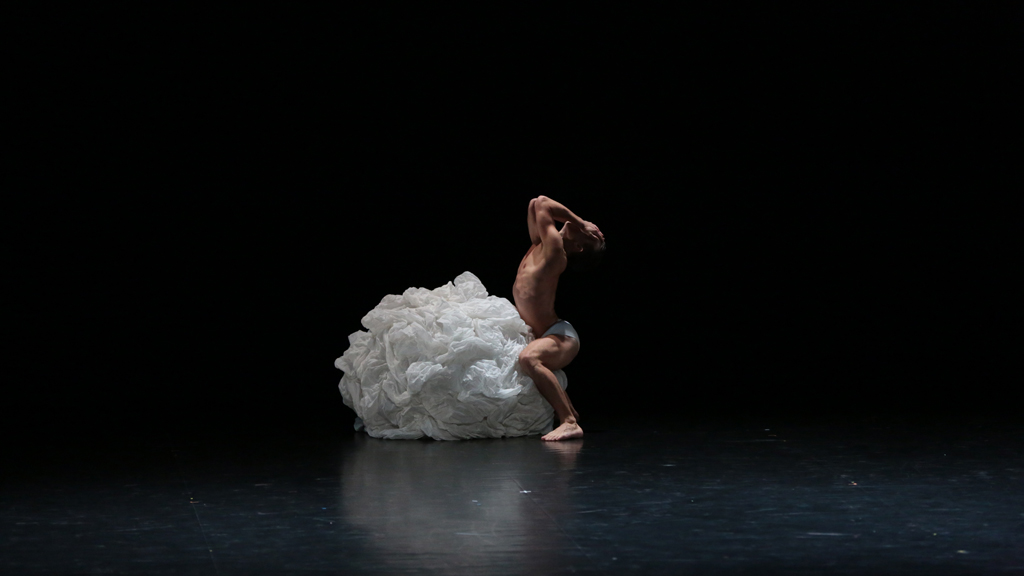 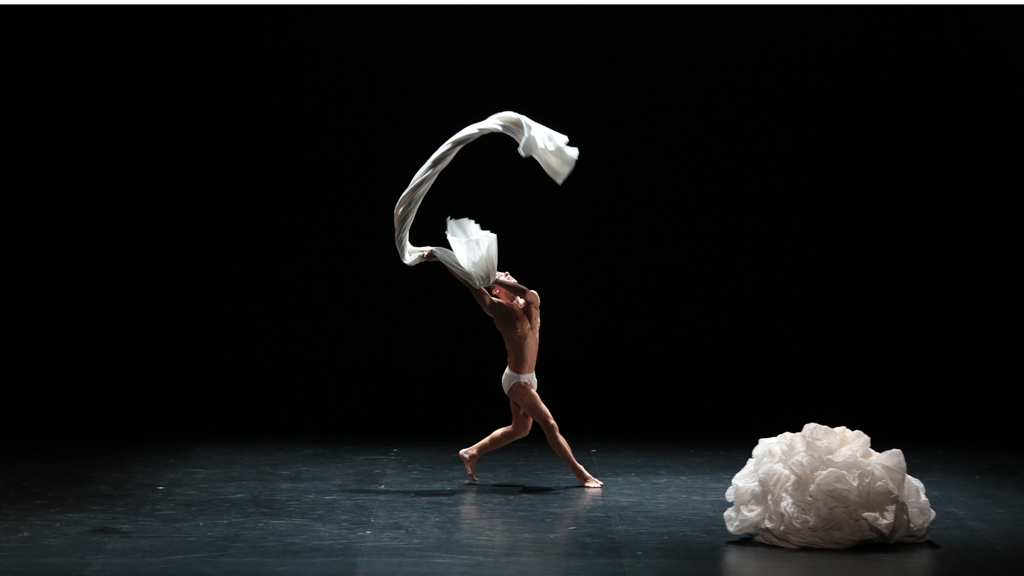 A faun is lying down on a rock during a summer afternoon. Nymphs appera. Intrigued, he looks at them and leaps neart them. They all run away, scared, except one of them who enjoys being courted. When the faun attempts to catch her, the nymph goes away but lets a silk veil fall on the ground. The faun takes it back to te rock and caresses it as in a love act.

In this synopsis, I mainly focused on the faun desire and the expression of his sensually through dreams and fantasies. My version does not refer to the antic Greece and its woodlands. That is why the boulder sheltering the faun is not represented by a mound painted by Léon Bakst, but is a Kleenex box. Because of the innovating style of the choreography and the gestures of « erotic bestiality » performed by Nijinsky, the first representation of this ballet provoked uproar amongst the audience. Carnal desire was at the very heart of this work. As in the original ballet, my faun performs in a fantastical and sensual world, except that he is not a legendary half-human, half-beast creature, but a lonely young man expressing his desire for the very vague remembrance of love.

duration of the entire ballet 10’
ballet for 1 dancer

« Thierry Malandain, the company’s director and choreographer, has 14 terrific dancers that give his quirky mix of idiomatic movement and ballet technique sharp, clean edge. […] When a choreographer attempts a gloss on a well-known ballet, the least one expects is a work stands on its own but also illuminates the original, adding a new dimension. Jérôme Robbins paved the way in 1953 in his « Afternoon of a faun » by transposing Nijinsky ‘s « L’Après-midi d’un faune » to a dance studio. Mr. Malandain, using the Nijinsky title, also succeeds here, mainly because his twist on male autoeroticism harks back to the original theme and has an outlandish wit. Christophe Romero gives a sensational performance as the faun surrogate. […] Whatever the reservations, Ballet Biarritz is a company worth a visit for its potential. »

The New York Times, Anna Kisselgoff, 7 November 2002
« How often foes a dance critic see something and start thinking « Oh, not this again », and then end up thinking « Wow, what an evening ! ». Ballet Biarritz debuting at the Joyce Theater recently, turned out to be just such an event. […] Things perked up after the intervention with an amazing conceptual adaptation of Nijinsky’s « L’Après-midi d’un faune ». Jérôme Robbins set his version in a ballet studio […] Thierry Malandain choose an even more outlandish setting – an outsized Kleenex box – to turn on his faun. And turned on he is. As danced by the gifted Christophe Romero, every sinew and every ab is drawn up and stretched to its aesthetic limit as his hands caress the length of his body. […] Romeo proves deliciously narcissistic, and his dive into the Kleenex box, legs split apart, is a stunning ending for this old wharhorse. »

Backstage, Phyllis Goldman, November 2002
« L’après-midi d’un faune was a prodigy of sensuality, with the strenght of the dancer holding back great delicacy. […] Bravos, luxury applaud for Ballet Biarritz.

Diario de Noticias, Teobaldos, 5 December 2002
« Tuesday night, Ballet Biarritz delivered a chic and sexy take on the legendary dance sensations of early 20th century Paris. […] The most successfull of these revampings, which can be seen at the Joyce Theater through Sunday, is « Faune », thanks to its striking choreography, its allegorical wit and the charisma – OK, carnality – of Christophe Romero in the title role. »