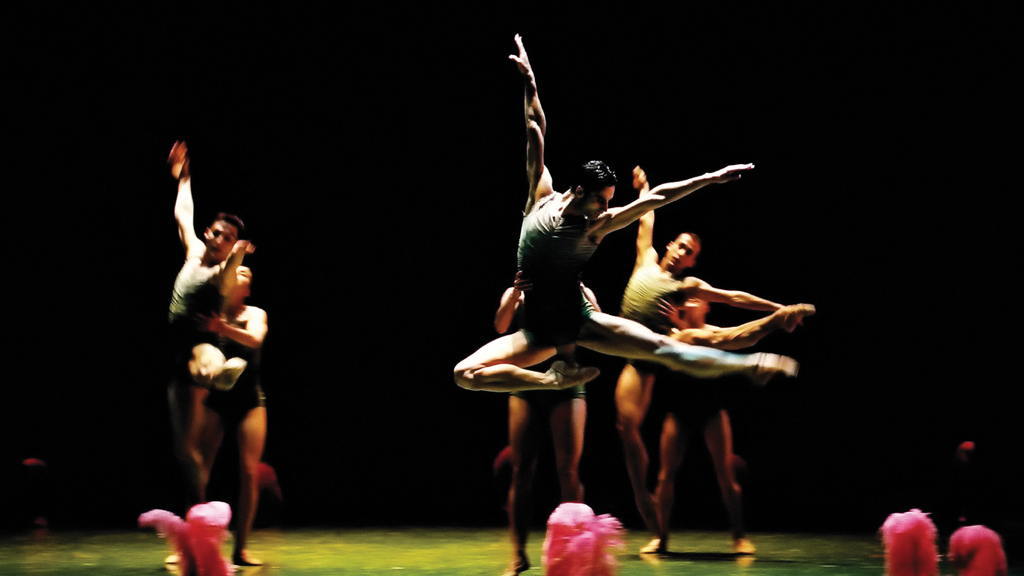 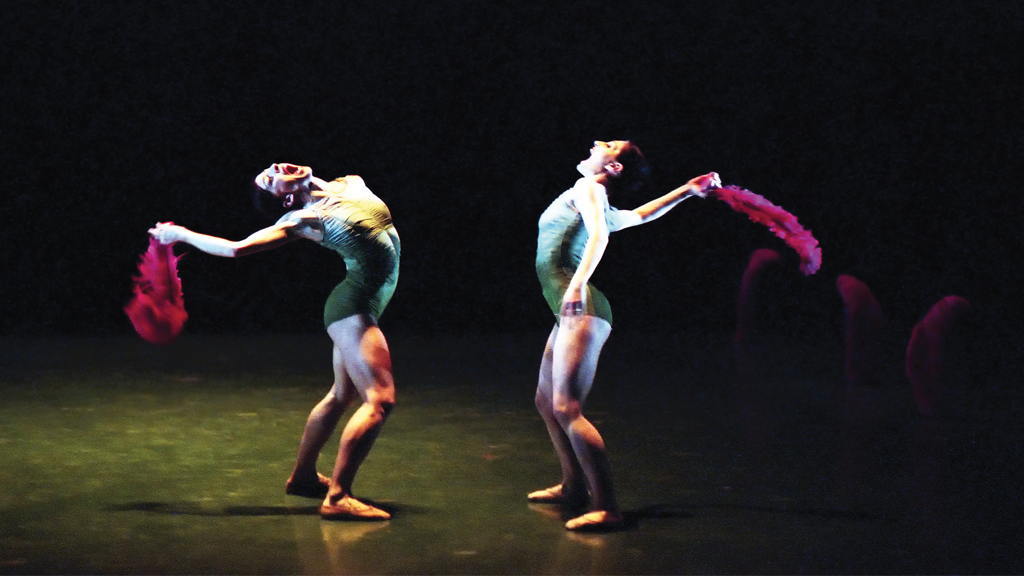 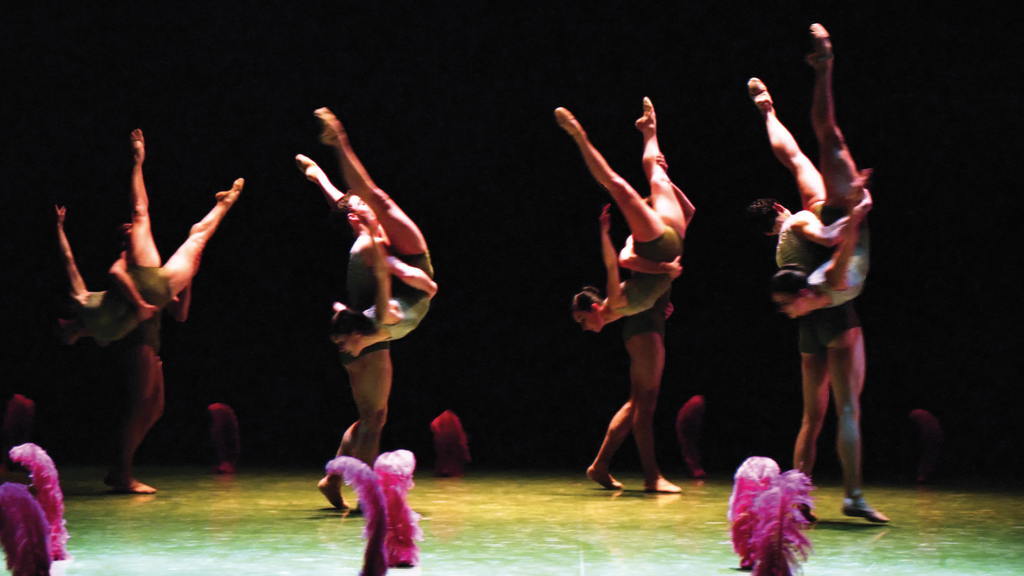 This one act ballet was created on 6 January 1924 yt he Ballets-Russes at the Monte-Carlo Opera, in choreography by Brnoislava Nijinska and sets and costumes by Marie Laurencin. Without any particular plot, the ballet showed a few sophisticated young ladies and three young men parading in a vast sun drenched white room, as an exercise in distinguished and light-hearted gallantries. Among ther performers one could see Vera Nemtchinova in the roleof the beautiful stranger, Bronislava Nijinska as the hostess, and two young girls enjoying a balmy May evening.

In 1923, nothing could please Francis Poulenc, a great admirer of Ballets Russes, more than this commission from Diaghilev, who suggested writing a ballet with atmosphere, a sort of moderne Sylphides. To quote the composer « I thought of tese gallant frolics in which one couldeither see nothing or imagine the worst, as in some paintings by Watteau ».
Les Biches are the ballet of pleasure : the pleasure to retrieve a never-ending childhood. A rumbustious hurly-hurly « mad extravagance at the edge of the abyss » according to Maurice Sachs. For, unknown to them, the « années folles » were dancing on a volcano.

This historical context, Diaghilevs initial wishes, and the ballet by Nijinska, were the basis of my interpretation. But in the end, the decisive trigger was an element of the costumes by Marie Laurencin. Les Biches are adornet with feathers, like birds of paradise. With such a detail I could establish a link Diaghilevs suggestion to Poulenc, since white feathers are part of the wings of the Sylphides. The vast white room could then be filled with a sky where heavenly creatures could move about. A beautiful stranger, the hostess, and two young girls enjoying a balmy evening in May will appear through the gates of this paradise, in the original choreography by Bronislava Nijinska, as if surging from the past.

duration of the entire ballet 34’
ballet for 14 dancers

« With its bare stage, its dancers with sculpted bodies and its subdued lights, the ballet Les Biches was a complete delight to the audience. Delight of a piece full of charm, fluidity and subtlety, not only because of the feathers scattered on the ground, but also thanks to the talent of the dancers. Poulenc excelled in this piece where he displayed charm and fancy. Thierry Malandain gave grace and beauty ti this ballet. Like birds of paradise, Les Biches in Malandain ballet wore feathers, an accessory of which the dancers cleverly took advantage. They translated an almost heavenly love song with a perfect coordination. A precious moment inspired by the original choreography by Bronislava Nijinska (1924), the splendid entrance of « the beautiful stranger » made deep impression. Thierry Malandain led the audience to the portals of Paradise. »

La Tribune, Martine Goubatian, 25th February 2002
« A unique and omnipresent prop from the intriguing beginning to the magnificent finale of the ballet, the ethereal pink feather alludes to the original version, in which the young coquettes wore feathers in their hair. […] Malandain’s dance is following, supple, energetic, sinuous and sensual. It expresses a joyful sense of eagerness : « Come, pluck now – today – life’s pink feathers » in this ode to dance and youth performed by fourteen excellent and truly young dancers. […] Les Biches is a thrilling work exquisitely composed by Ballet Biarritz, a first-class dance company you will be able to see in New York or Dallas. In any case, Malandian company is well worth five hours of train journey from Paris. »

Dance Europe, François Fargue, April 2002
« In the original production, these Biches wore feathers. Thierry Malandain composed his choreography drawing on this detail : the set is marked out with pink ostrich feathers standing upright, evoking a forest or a mackerel sky, drawing lines or suggesting wings or arrows, as deemed appropriate by the dancers. Lively, nimble, playful and rigorously composed like the music, the choreography has the lightness and softness of these feathers. Malandain completed his Ballets russes repertoire with one of his most splendid works for a Ballet Biarritz in top form. »