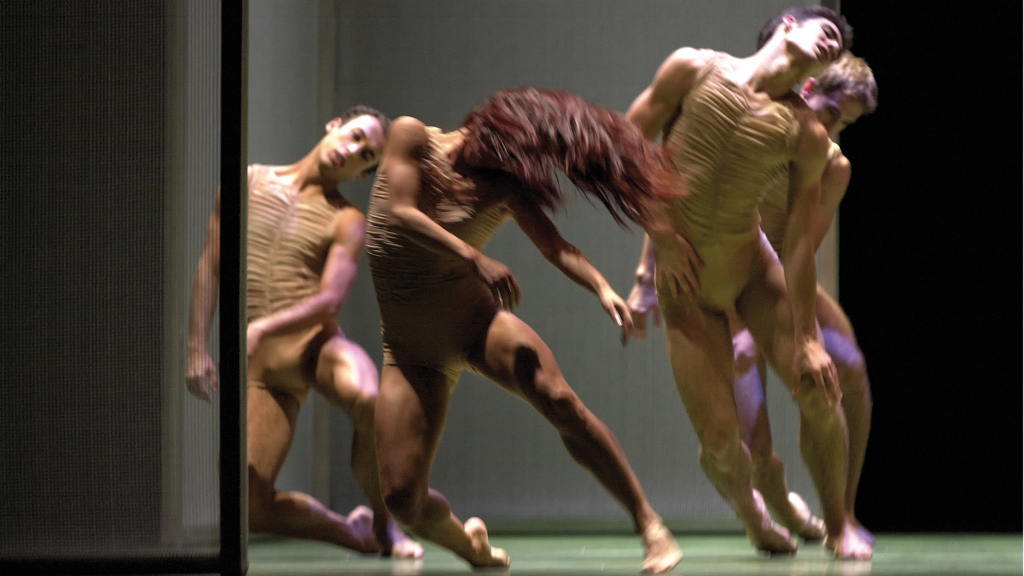 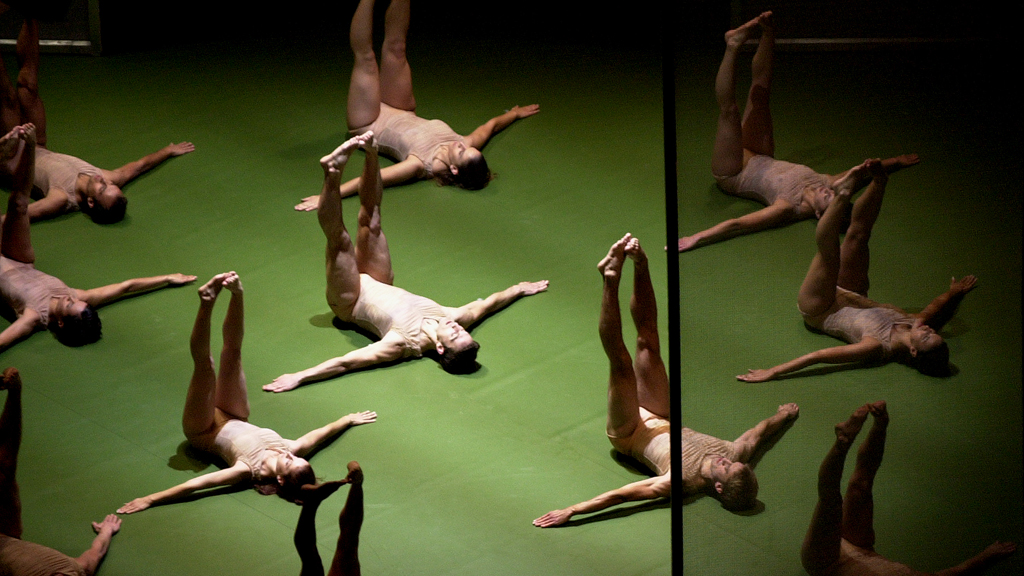 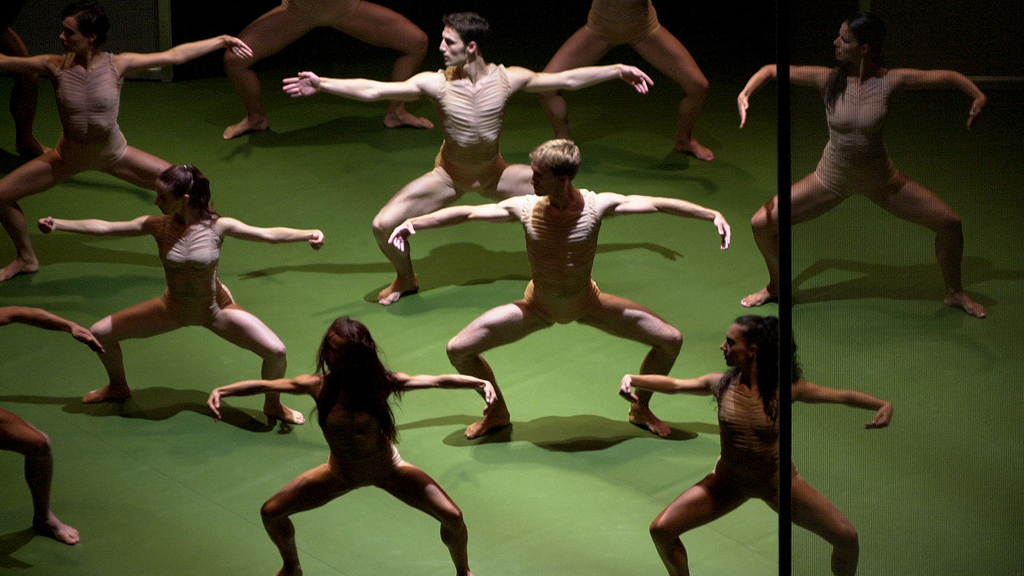 Subjected to the obsessive repetition of the orchestral theme by Ravel, twelve dancers perform almost soullessly in an enclosed and limited space. When sounds the liberting finale, they break free, plunging into silence, now « locked outside ».

Commissioned by the Russian dancer Ida Rubinstein, a friend and patron to Maurice Ravel, this « Spanish character ballet » was created by the Rubinstein company at the Paris Opera, on the 22nd of November 1928, with a choreography by Bronislava Nijinska. In the synopsis, the action took place in an andalusian tavern, where a gypsy, dancing on a table, provoked sensual euphoria amongst men. I departed from this storyline, updated by Maurice Béjart in 1961, to only focus on the musical motive that Maurice Ravel repeats in an obsessive way until the final apotheosis. The composer made no secret of the « music-sexual » style of this orchestral crescendo and finale.
Instead of showing this erotic parallel, I chose to represent the liberty gradually won from confinement and took the challenge to confine the performers in an enclosed and limited space. This limit exists in the uniqueness and the mechanical repetition of the musical theme, which literally explodes in an intense finale, followed by silence, when dancers find themselves « locked outside ».

duration of the entire ballet 15’
ballet for 12 dancers

« Malandain’s Bolero is an amazing tour de force. [...] His relentless choreography drives the dancers to the required fevered pitch. They are a magnificent « body of bodies » as they build the tension to a blazing finish. »